Akshaya Tritiya is a Hindu Lunar festival that falls on Shukla Paksha in the month of Vaisakha, based on the Indian system. It is considered one of the most auspicious days as per Hindu belief. Akshaya Tritiya is a Sanskrit word that translates to “the third day of unending prosperity”. To bring in prosperity, most people purchase gold or other property with the hope of bringing in more wealth in the future.

The dates change every year as it is based on the Hindu lunisolar calendar. However, it will fall along the months of April or May. Akshaya Tritiya 2021 falls on May 14, Friday, this year. Going by Panchang, the auspicious time during the day is between 5.38 AM and 12.18 PM.

Rituals to be followed:

As it is believed, the God of wealth, Lord Kubera prayed to the Goddess of Prosperity, Goddess Lakshmi, on the day of Akshaya Tritiya to which he was rained on with immense wealth and prosperity. This is the primary reason why buying gold or starting a new venture on Akshaya Tritiya is considered to be auspicious.

It is also considered an auspicious day to tie the knot as well. As Lord Sundaresa, an incarnation of Lord Siva married Goddess Madhura (Madhura Meenakshi) on the day of Akshaya Tritiya.

These are a few from many references about Akshaya Tritiya from Hindu religious beliefs. This festival is equally important and is celebrated by Jains as well. 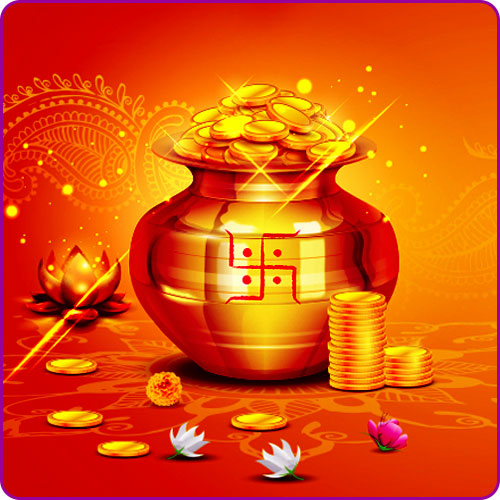 How to do Puja on the day of the festival?

Set up an altar in the pooja room and place the idols that are being worshipped – like Lord Ganesha, Lord VIshnu or Goddess Laxmi. After offering sandalwood paste and flowers, chant the mantras dedicated to the Gods. Lord Vishnu and Goddess Laxmi are considered Gods of prosperity. Taking their blessings and worshipping them on an auspicious day as such will help bring good wealth and prosperity to your home. Once the puja is done, distribute the prasad among the family members. If you are donating to the needy, there is nothing more auspicious as Daan.

Mantras to be chanted:

As it is considered one of the most auspicious days in the whole year, one does not need to look for muhurats in doing the puja or any other auspicious things.